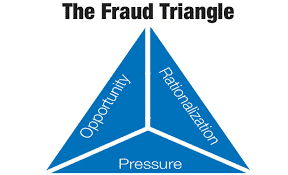 Occupational Fraud continues to remain a universal problem faced by all business and government entities against dishonest individuals who have been hired to carry out the organisation’s operations.

Steven Ponsonby, Founding Director of Forensic Accounting Qld advises that fraud is ubiquitous; it does not discriminate in its occurrence and while anti-fraud controls can effectively reduce the likelihood and potential impact of fraud, the truth is that no entity is immune to this threat. Unfortunately, many organisations still suffer from an “it can’t happen here” mindset. To help combat this misconception, to raise public awareness about the cost and universal nature of fraud and to support anti-fraud professionals around the globe, the Association of Certified Fraud Examiners (“ACFE”) undertakes extensive research into the costs and trends related to Occupational Fraud in the form of a survey which is released every two years.

Occupational Fraud is defined as:

“the use of one’s occupation for personal enrichment through the deliberate misuse or misapplication of the employing organization’s resources or assets.”

The 2018 report contains an analysis of 2,690 cases of occupational fraud that were investigated between January 2016 and October 2017 across the globe, including 38 cases in Australia, (26 cases reported in 2016) as set out in a table extracted from the report below. 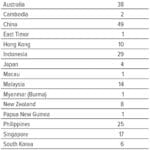 The frauds occurred in 125 countries, (including Australia) across 23 separate industry categories and offer readers an interesting insight into the global nature of occupational fraud.1 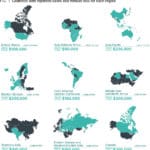 Whilst, the full report can be accessed here, we have set out a summary of the 2018 report’s major findings below for your information:

The ACFE is the world’s largest anti-fraud organisation and premier provider of anti-fraud training and education. Together with over 80,000 members, the ACFE is reducing business fraud world-wide and inspiring public confidence in the integrity and objectivity within the profession.

The mission of the Association of Certified Fraud Examiners is to reduce the incidence of fraud and white-collar crime and to assist the Membership in fraud detection and deterrence internationally.  Please refer to www.acfe.com for further information on the ACFE.

1 Note: the number of cases in each region largely reflects the demographics of ACFE membership, as that is the source of our data which should not be interpreted to mean that occupational fraud is necessarily more or less likely to occur in any particular region.

2  We note that the majority of the fraud investigations undertaken by Forensic Accounting to date, that we have, working with the right legal team, achieved 100% restitution for the misappropriation quantified.