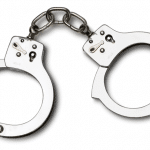 Mrs Smith (not real name), a now 62 year old woman was found guilty of one count of fraud in the District Court of Queensland at Maroochydore on 5 December 2017.  In sentencing Mrs Smith to five years imprisonment (suspended after 18 months), Judge Robertson commented:

“this was extensive fraud over a lengthy period of time, approximately 11 years, and on my calculations, commenced not long after you commenced employment…”.  “What then followed over more than a decade were the 286 fraudulent transactions identified in the schedule of facts, which come from the forensic accountant’s report, whereby you transferred funds to external accounts, either your own or your husband’s or third parties for your benefit, a total of some $320,916.77.”

“This, as I am sure you accept, involved a very serious breach of trust. You were trusted… and by your actions over many years, you have breached the trust that your employer was entitled to have in you.”

“Your fraudulent behaviour was reasonably sophisticated. As is clear from the schedule of facts, you selected a reasonably small number of accounts, and then proceeded by various methods to hide your dishonesty, sometimes by blatant forgery, and primarily by transferring money without authority through various accounts to avoid detection, referred to in the schedule of facts as “washing money.” This involved creating false postcodes I infer, to insure that any internal auditor would not detect the fraud, and that is exactly what happened”.

“It is accepted by you that there is a loss of potential revenue to your employer caused by your actions… and additionally,… have outlaid… fees to the forensic accountant who investigated the matter and identified the fraudulent transactions.

“It appears that your reasons for commencing this fraudulent scheme was essentially to try and rescue your family from what you described as a mountain of debt, particularly from credit cards. You and your husband chose to send both your son and daughter to private schools, and some of this money was used for those private school fees.”

The fraud investigation expertise of Forensic Accounting Qld is being called on with an increased regularity, which we find surprising in today’s environment of increased fraud awareness.

In our experience, we note that not all incidences of fraud are reported to the Police or necessarily taken to Court, rather are dealt with on an informal basis.

In our opinion, all fraud matters should be reported.  We have been involved in matters where the fraud perpetrator has been dealt with on an informal basis and has then moved to a subsequent employer to repeat offend.

The reality is that the economic and social impact of fraud extends significantly beyond the boundaries of the victim business and the immediate families, rather extends to the broader community.

Be Proactive about Fraud:

This case highlights the importance of being proactive and engaging the correct professional help at the first indication of an anomaly or any fraud behavioural red flag[1].

Having a Certified Fraud Examiner (“CFE”) on your team will give you the best possible chance of achieving a successful prosecution and maximising a civil recovery in any occupational fraud.

The ACFE[2] is the world’s largest anti-fraud organization and premier provider of anti-fraud training and education.

Together with over 80,000 members, the ACFE is reducing business fraud worldwide and inspiring public confidence in the integrity and objectivity within the profession.

CFEs around the world help protect the global economy by uncovering fraud and implementing processes to prevent fraud from occurring in the first place.